I am a Senior Graphic Designer and acting Creative Director having worked within Fortune 500 and start-up companies. As a creative problem solver, I am known for delivering operational improvements that have resulted in $1.5M in new revenue streams and significant reductions in costs. My most recent project has saved the company $40K annually. I graduated with honors receiving a degree in Media Production, completed post-graduate work in Instructional Learning and Technology, and earned a Teaching Credential in Multi-Media Production. I am an experienced university-level Instructor, and an experienced advertisement Scriptwriter/Producer/Director possessing an intuitive and purpose-driven technique of communicating through smart design. I produce creative results, and I make significant contributions to meet team goals.

I am fascinated with the world of Imagination and Creativity which often manifests itself when practicing the Four C’s: Curiosity, Confidence, Courage, and Consistency.

CONFIDENCE: As a Cast Member, the Walt Disney Company’s method of operation and philosopy strongly influenced me. Empoyees are cast into a living on-stage play. As a Cast Member, it is up to us to stay in character, have fun, and play a role that is personalized by your own charisma and integrity. With that in mind, I live by a Mark Twain motto: “Always do right – It will gratify some people and astonish the rest.”

COURAGE: I am a leader who is not afraid to take calculated risks and full accountability for my failures. In doing so, I have learned valuable lessons. I embrace team collaboration and the reward of learning from mentors.

CONSTANCY: I am highly dependable, personable, and flexible. I complete projects on-time, and on-task, providing a consistent high-standard of production.

I am passionate about storytelling, the arts, and interacting with creatives. Afterall, eARTh is nothing without ART.

" Jim is consistently professional. A talented individual, Jim is able to "push the envelope" and exceed expectations within a given deadline. He is extremely reliable, thorough, and highly self-motivated. He has the ability to visualize: and simplify a given message and convey it with a stylized and imaginative approach within the media arts."

" Jim's work ethic is exceptional. He consistently goes beyond what is required lo deliver high-quality projects on-time and on-budget. Jim's interpersonal skills are excellent and were demonstrated in the collaborative effort with sales, sales support., outside advertising agencies and production houses to bring each project to fruition. He is a team player, reliable and organized."

" Jim is strong in design, from initial concept to final production. He understands the importance and power of simplicity, while artfully resolving visual communication challenges. He is quick to establish a strong rapport with his creative team and colleagues, making himself available with an answer or helping hand. Developing efficient and creative processes, he works well, and cheerfully so, under tight deadlines."

" Jim's varied background and extensive skill sets allow him to work effectively on a broad range of communication projects. Jim's work at iCRco ranged from being the lead designer on an elegant user interface and creating effective user instruction labels, to producing advertising, sales collateral, and exhibit graphics. I always found Jim's insights helpful and on-target."

" He displays a unique combination of being a self starter who generates creative ideas and approaches, with the willingness to collaborate with others and implement their suggestions. Jim has shown his ability to collaborate on a wide variety of projects, bringing his skills and enthusiasm to each of them."

" Jim possesses excellent creative and management skills necessary to administer a project, while gaining acceptance of team personnel. The work he produces is on-time, imaginative, and accurate. During his employment with us, we have received awards and praise from industry and state governed programs for creating innovative computer-­based training applications. I believe chat his excellent management skills and out-going personality have helped our production to grow." 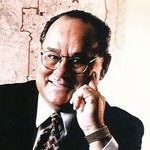 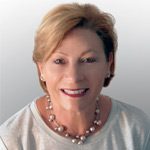 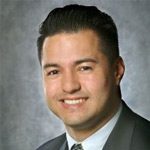 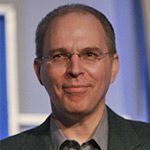 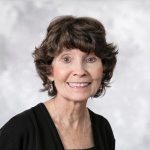 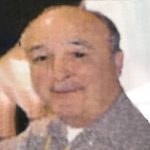